At 16:08 this afternoon, the alarm was sent for the Building Fire in Southwest Greensburg (24 District). 1st arriving crews were met with heavy fire from a 9-unit building with reports of people trapped. Crews began to fight the fire and conduct searches, while evacuating residents out of the structure. Rescue 34 arrived as part of the 1st alarm assignment, and established RIT with Rescue 104, and also assisted intitally with throwing ladders and ventilating. In the early stages of the incident the RIT crews were activated twice, assisting firefighters out of the structure after becoming trapped. The fire eventually went to 3 alarms with the Rescue crew operating for 3 hours. 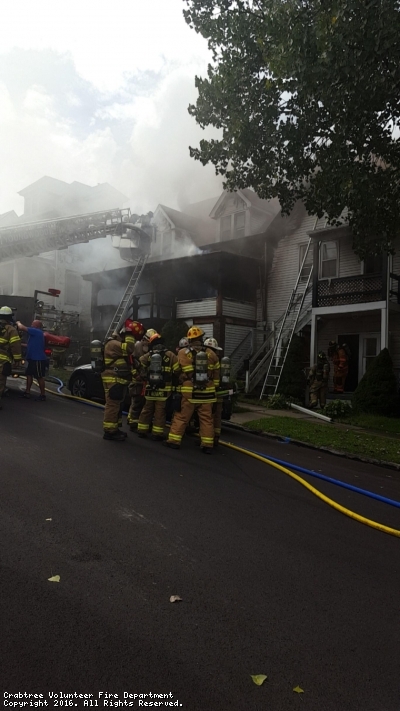 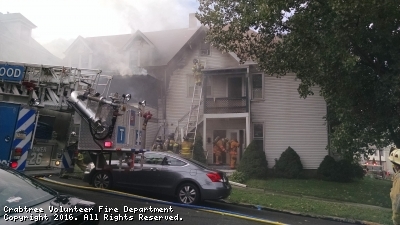 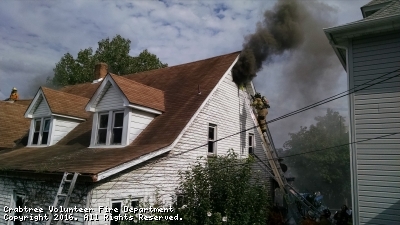 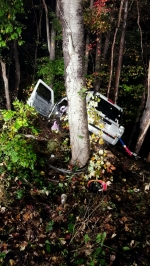 This evening at 20:12 Rescue & Utility 34 responded to the Donahue Rd (114 District) for a Vehicle Accident with Entrapment. 1st arriving crews found a vehicle that went thru a utility pole, bringing down the overhead wires, then continuing on down over an embankment into a wooded area striking...
➠
SCBA Recertification Training 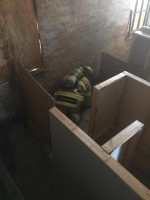 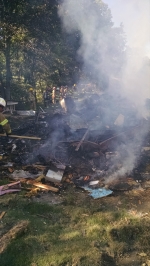 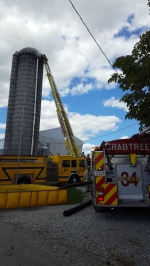 This afternoon Engine 34 operated for 2 hrs on a Silo Fire at a local farm in Salem Twp. Crews established a water supply and extinguished a fire in the shute from the top & bottom access points of the silo.
➠
Crash with Entrapment, Unity Twp 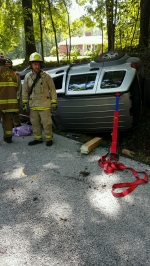 This afternoon Rescue & Utility 34 operated on the Vehicle Accident with 1 pinned, Saxman Road, Unity Twp (114 District). Crews from Rescues 34 & 114 stabilized the vehicle, removed the windshield and b-post to extricate the driver.
➠
Transfer to Youngstown

Another day, another fire. This afternoon a mobile home fire broke out in Unity Twp (39 District), bringing Rescue 34 for the RIT assignment. The fire was quickly extinguished and the Rescue transferred into 39's quarters to cover the area while crews mopped up.
➠
House Fire, Unity Twp

The fires continue for area volunteers, making this the 5th for Crabtree in the past 8 days. Crews battled a vacant house over night on Route 982, Unity Twp (39 District). Rescue 34 was sent on the working fire dispatch.
➠
House Fire, Derry Twp
For the 2nd time in as many days, Rescue 34 operated this evening at a residential fire in Derry Twp (71 District). Crews arrived to a basement fire, with heavy smoke on all floors. The Rescue crew threw ladders and set up as the RIT company.
➠
Apartment Building Fire, Southwest Greensburg 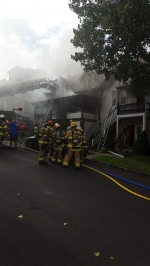 At 16:08 this afternoon, the alarm was sent for the Building Fire in Southwest Greensburg (24 District). 1st arriving crews were met with heavy fire from a 9-unit building with reports of people trapped.
➠
Route 119 Crash, Salem Twp

This morning at 07:20 Rescue & Utility 34 operated on the 2-Vehicle Accident with Injuries on Route 119, Crabtree Hill. Crews secured the vehicles, tended to the injured, controlled a diesel fuel leak and handled traffic.
➠
2-Alarm Building Fire, Penn Twp
During the overnight hours, Rescue 34 was part of the 2nd alarm assignemnt for the Building Fire in Penn Twp (63 District). 1st arriving crews were met with heavy fire in a townhouse complex with exposure problems and possible entrapment.
➠
Route 22 Crash, Salem Twp

This evening during the thunderstorm, Rescue 34 handled a tree down and assisted on a Vehicle Accident, Route 22 @ Seanor Rd, Salem Twp (90 District). The vehicle left the roadway during the heavy rains, travelled up a hillside and into a wooded area.
➠
ATV Accident, Salem Twp
AT 00:38 this morning, Rescue 34 assisted on the ATV Accident near the Totterridge Golf Course, Salem Twp (90 District). Rescue 90 arrived to find a 4-seater ATV on its side in a field, with 1 occupant injured.
➠
House Fire, City of Latrobe
At 17:27 Engine 34 assisted on the House Fire in the City of Latrobe. 1st arriving city crews made a quick knock on an attic fire. Outside companies assisted with ventilation, salvage & overhaul. Units out 1.5 hrs.
➠
Pole Fire, Crash, Lightning Strike & Transfer 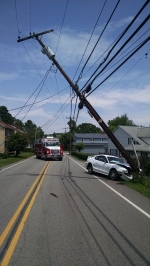 The day started in the morning with a Telephone Pole Fire, handled by Engine 34. Afternoon, Rescue & Utility 34 handled a Vehicle Accident with one into a telephone pole that caused Route 119 in Crabtree to be shut down for 7 hours, traffic restrictions for an additional 9 hours due to the amo...
➠
Structure Fire, Derry Twp

This morning at 09:30 Rescue 34 assisted on the House Fire in Derry Twp (71 District). The crew initially operated as RIT with Rescue 114, then split assisting with suppression and overhaul. Units out 3 hrs.
➠
Vehicle Accident, Unity Twp 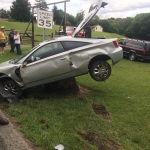 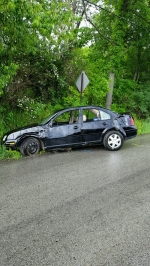 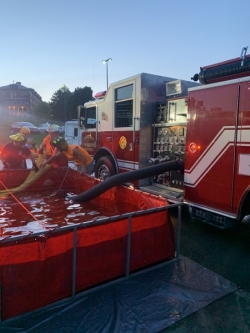 This site has been viewed 619,814 times.
Calls
News
Pictures
Apparatus
Maintained by the members and staff of Crabtree Volunteer Fire Department. Designated trademarks and brands are the property of their respective owners. Copyright © 2006-2022. YourFirstDue Inc. All Rights Reserved. Content on this web site is supplied by Crabtree Volunteer Fire Department. YourFirstDue Inc. cannot be held responsible or liable for any content, text, pictures, or any other media found on this web site.
Management login
Powered by